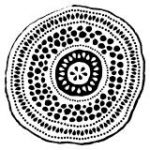 The Orange Farmers Market has a rich history with the first market held 9 March 2002 with 25 producers attending.

A major agricultural region, the Central West was seen as the food basket to nearby Sydney.

The Orange (Region) Farmers Market was an initiative of the Central West Ranges Food & Wine Group and was established in March 2002 in collaboration with local government and a small group of passionate producers.

The Rotary Club of Orange Daybreak was approached to manage the market, which they did until 2015 when the Stallholders took on the management role, with a dedicated team of their own.

Some stallholders tested their products at the market before expanding their business to retail stores and supermarkets.

Now, with consumers demanding more local produce, our stallholders have more opportunity than ever to provide discerning food lovers with fresh, local goods but the market continues to be the monthly catch up of farmers, small business owners, families and friends to talk about and celebrate the regions’ bounty.

A committee made of regular stallholders now run the market of more than 60 stalls with the continued support of Rotary Daybreak.

Want to be a stallholder? You just need to read and complete these documents to be considered by the committee

The three primary aims of the Orange Farmers Market are:

The Orange Farmers Market is an integral part of the local community and aims to provide various social benefits including:

The Orange Farmers Market is about local produce, local farmers and local community all coming together to embrace the best produce the region has to offer.

We strive to create a personal and social connection with our producers, sharing knowledge and embracing hand grown and hand made produce.

Expand for more information about our logo

You can read the Orange Farmers Market Charter here.

Produce must be local – The region includes the Central West. Produce grown outside of the Central West or outside of season and brought in from other growing regions is not acceptable. Neighbouring areas may be permitted at the discretion of the OFMI Management Committee. Priority will be given to those producers closest to the region & reviewed annually against this Charter.

You are meeting the maker – All produce must be sold by the principal producer who is directly involved in the production process, or a nominated family member or employee or delegated representative. Re-sellers are not permitted.

Produce is fresh – Food cooked for consumption on the day should be of the highest quality and primary ingredients should be local.

Dogs are permitted at the Northcourt venue where the market is held from September to May. Dogs must remain on a short, tight lead and be led by an adult. They must be at least one metre away from stalls serving hot/take-away meals/food.

Regretfully, dogs are NOT permitted at the Naylor Pavilion venue where the market is held from June to August.

For more on Food and Wine visit: